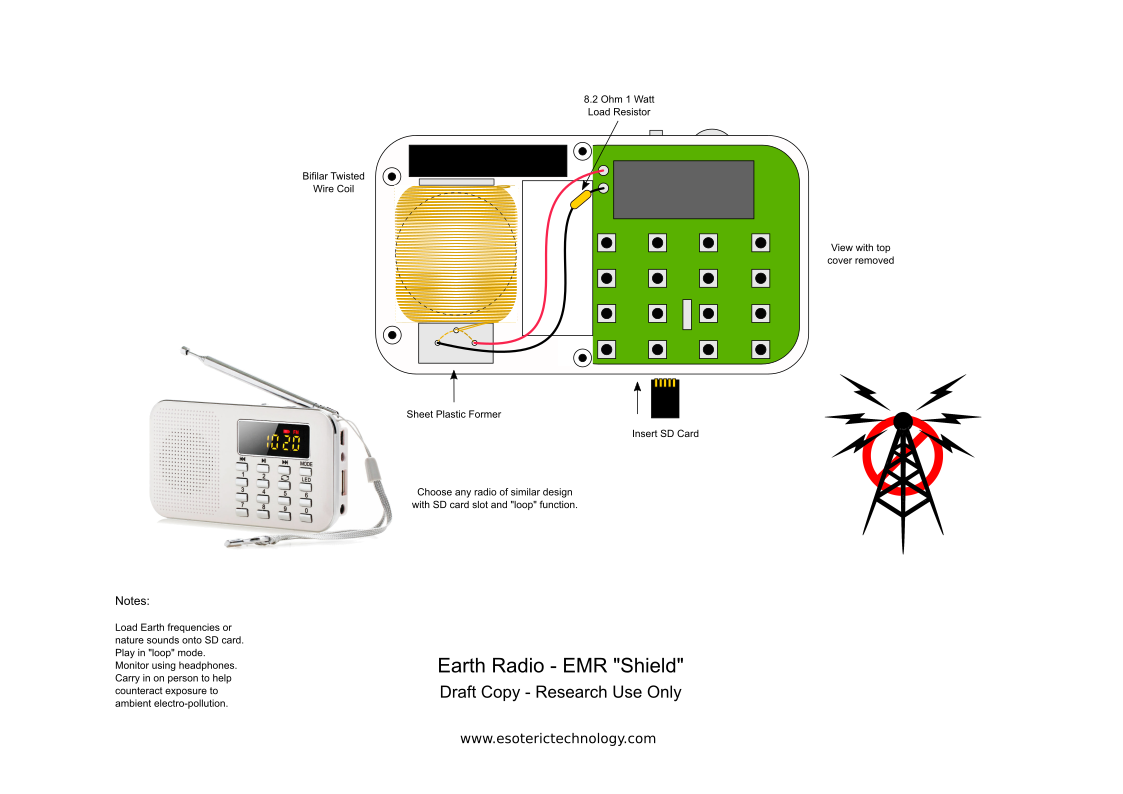 Our planet is becoming increasingly blanketed in electromagnetic radiation (EMR) emitted by consumer and industrial technologies. Into this invisible fog will soon be added microwave internet signals from thousands of satellites in low orbit. A significant percentage of the world’s population is already exhibiting a wide range of associated biological and psychological disorders. Individuals seeking to minimise exposure, for reasons of precaution or health, are increasingly compelled to distance themselves from mainstream society, or otherwise limit lifestyle choices.

Prompted by this dilemma, and mounting public concern, hundreds of “EMR protection” products are pouring onto the retail marketplace. Most commonly encountered are foil stickers, patches or passive shields applied to mobile phones. These questionably rely upon blocking part of the call signal, which generally defeats the intended purpose by automatically triggering a stronger transmission. 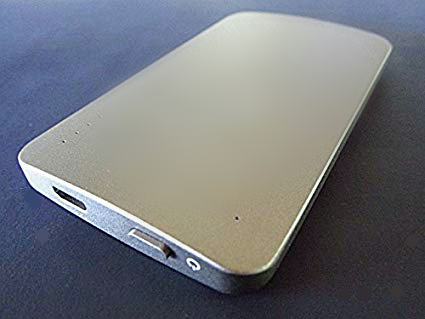 Additional to this is a different category of device that does not attempt to fend off EMR directly. Instead, it claims to envelop the user within a cocoon of immunising “natural” energies. At face value this seems to be a clever solution. However, most popular embodiments are of miniature size, and therefore by necessity contain a small battery. This results in an output so weak as to be virtually undetectable by conventional means. While some manufacturers proffer supportive lab tests, these might just as reasonably indicate a placebo effect. Another drawback is the high retail price, compared to what is delivered in terms of actual parts and circuitry. 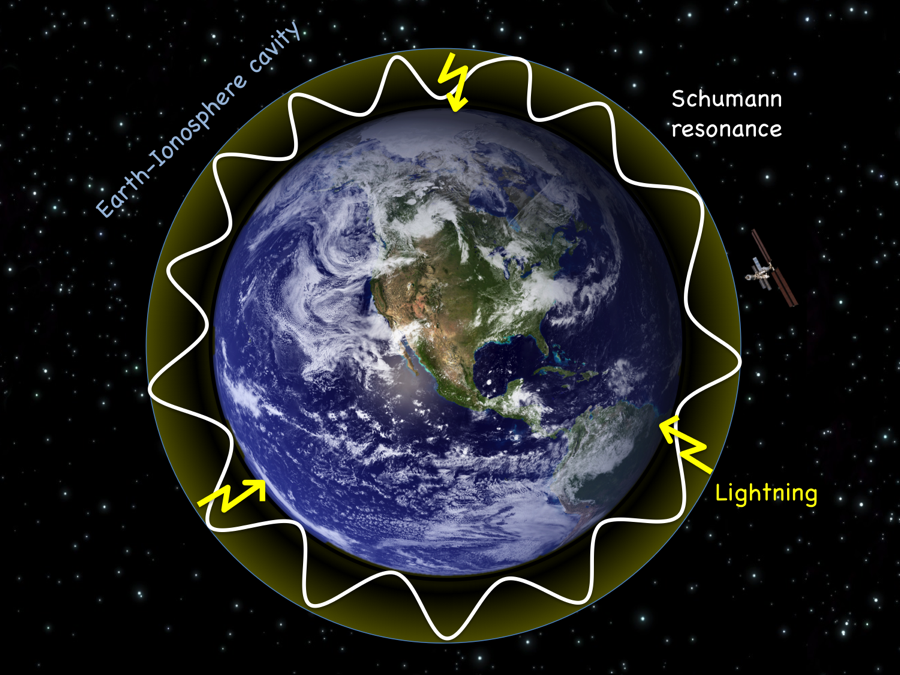 Active devices, as described above, normally contain two functional building blocks. One is an emitter coil, usually of the non-inductive variety purported to be more bioactive. This is powered by a electronic generator of energy patterns characteristic of a non-electropolluted environment. Most popular are the Schumann resonances (SR’s). These are wave perturbations, stimulated by lightning activity, that resonate continuously within the Earth-ionosphere cavity. The latter’s physical limits yield a set of five relatively stable frequencies in the vicinity of 7.8, 14.1, 20.3, 26.4 and 32.5 cycles per second (Hz). By accident or grand design, this spectrum coincides exactly with human brainwave activity, thereby suggesting a silent inroad for neural participation. Although not the focus of this article, parameters of frequency and waveform can be user-defined to selectively evoke a wide range of subjective responses.

Given that all life evolved the presence of the SR’s, it is not surprising that scientists attribute to them a general tonifying effect. Unfortunately, in most populated areas they are now obscured from organic reception by an overlay of far stronger signals from phone, radio, TV and other wireless sources.

Our present methodology is directed toward to reintroducing life-supportive influences as a local countermeasure. The emitted field must be of sufficient intensity to enable the body to recognise an intrinsic affinity, and respond by deprioritising absorption of random stimuli. The DIY project described below is intended to achieve this more effectively, and at far less cost, than commercial offerings. It relies upon a particular type of pocket digital radio that incorporates an SD memory card slot and selectable “loop” play function. These are sold for under $20 at discount stores and online auction websites. 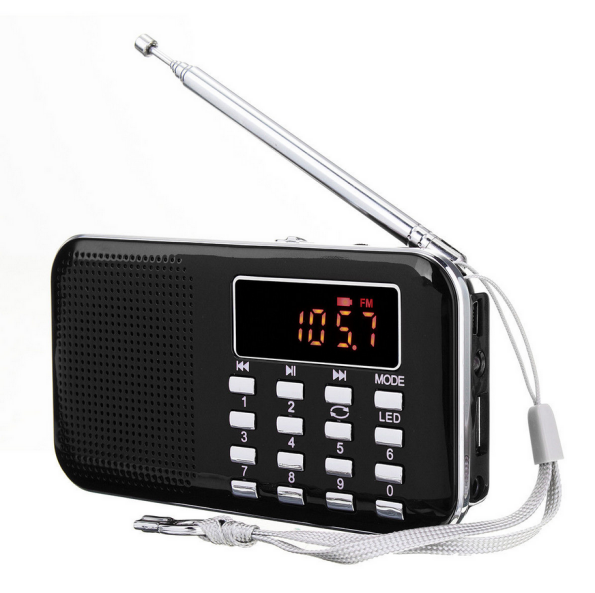 With the radio switched off, and unplugged from any external power source, unscrew its back cover to expose the internal components. Unsolder the speaker from its two flexible wire leads and remove it. This item would be useful for our Subtle Anatomy project.

Purchase about 4-6 metres of 24-28 AWG enamel coated wire from a motor rewind shop or electronic parts supplier. Fold it in half, sliding the looped end over a hook in the wall. The opposite loose ends are wrapped in a few turns of masking tape and inserted into the chuck of a variable speed electric drill. Face the wall and back away until the wires are taut and felt to stretch slightly. Rotate the drill counter-clockwise at a slow even speed to intertwine the wires clockwise. As their overall length thereby shortens, walk slowly toward the wall as necessary to maintain a steady tension and prevent breakage. Stop twisting when the wire crossovers lie at about a 45 degree angle.

Remove the completed strand from the drill and wall. As tension is released, it will unravel slightly. Tape the looped end to a rectangular former cut from the lid of a polyethylene food container, or similar. Wind the remainder by hand, again in a counter-clockwise motion, tightly spaced to create a series of three or four layers. Stop before the loaded former is too large to fit the space vacated by the speaker.

Cut any excess length off the two loose wires. Sand about 10mm of the clear enamel coating off their ends. Solder one to the positive speaker lead. To prevent overloading the radio’s output stage, the electrical resistance previously offered by the speaker must now be replaced. Solder a 12 ohm 1 watt carbon resistor in series between the remaining wire of the coil and negative speaker lead. During operation at full volume, neither the resistor nor coil should become warm or hot.

Fasten the completed and wired coil into the speaker cavity with double sided tap or hot melt glue. To prevent shorts, insert a piece of thick mylar film or card stock between the coil and any active circuitry of the radio it may contact. 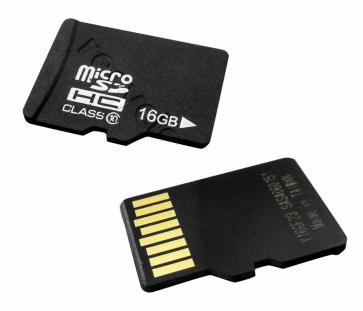 The type of radio pictured above accepts micro SD cards.

Unlike manufactured EMR “protection” devices, a library of user-preferred tracks can be loaded onto the memory card for play. A few samples are available from the publisher upon email request.

Apart from Schumann resonances, any type of uncompromised “Earth energy” is worth investigating. These can take the form of nature recordings, or simualtions generated at line level in the free audio editing software Audacity. In all cases, remember to slow any deterministic frequency content by half. This compensates for the doubling effect of the radio’s bipolar output upon current cancellation within the bifilar coil. Further detail on the above techniques is provided on the MP3 ELF Entrainment page.

In our experience, this type of low cost radio does not incorporate filters. This raises two relevant issues. First, the addition of an audio carrier for any sub-audio content is unnecessary since the latter is free to pass unhindered. Second, the output of the class-D amplifier usually employed consists of the audio content pulse width modulated (PWM) upon a higher frequency wave train. By coincidence, this configuration is far more entraining due to the greater inductivity of digital pulses and the brain’s internal propensity to demodulate the encoded information. The downside is that the end user has no control over the chosen switching frequency which will undoubtedly impart effects of its own. For this reason, evaluation is required in each instance. Notwithstanding, the principle can be profitably extended to custom built modalities over which the experimenter has full control.

To assist with getting started, a downloadable 24 minute segment of actual SR’s is provided below. It was recorded at a university monitoring station in the USA, and slowed to 50% of original speed for reasons previously explained. This time capsule approach is a generalised alternative to acquiring a real time signal embodying the Earth’s message at the moment.

Field strength is logically determined by the radio’s volume control. At full power, effective radius is within about two or three metres. Placing it nearer one’s person and reducing the volume accordingly will result in proportionately longer battery life. For extended play in stationary applications, most portable radios incorporate a socket to accept a compatible DC power supply.

Although this type of modality is best described as “psychosomatic”, one can certainly learn to feel its presence. Operate the device for a period of time, turn it off, and try to sense what is energetically missing. Otherwise, if the signal in play contains audible frequencies, plug in headphones to monitor its progress and set volume. This can also function as sensory reinforcement. Different stimuli will appeal to different people. In the event of unwanted effects, discontinue operation. Be aware that persons in close proximity may also be affected. Do not use during or before activities that require situational awareness for reasons of safety, e.g. driving, cooking, sport, etc.