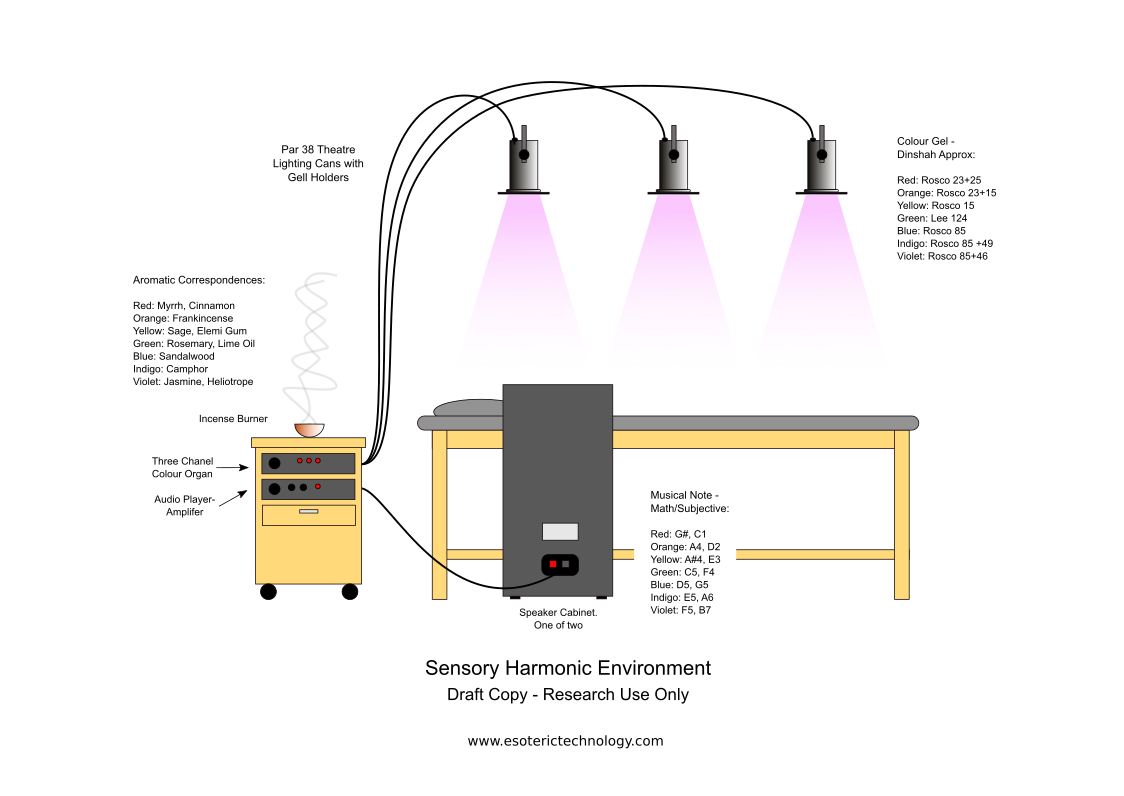 Our perception of the physical world relies upon the motion of ambient electromagnetic (EM) fields. While these operate across a continuous spectrum, our five senses are adapted to glimpse only narrow “windows” of included wavelengths. This serves to impair overt recognition of the functional relationships between them. The mode of interactivity proceeds according to the law of octaves. A piano is the classic example. Beginning at the lowest end, each note repeats the same identifiable quality across the entire keyboard through a successive doubling of frequency. If you were to open the lid a pluck one string, all harmonically related strings would vibrate in sympathetic resonance.

If harmonic relationships within the existential EM spectrum were to be identified, they could be combined for mutual reinforcement. The key to unlocking this potential is simple mathematics. For example, if a specific frequency of visible light is successively divided by two, it will eventually descend into correspondence with an audible counterpart possessing the same subjective property. Due to the autonomous aggregation of perceptual input, the result becomes exponential to the number of senses addressed. 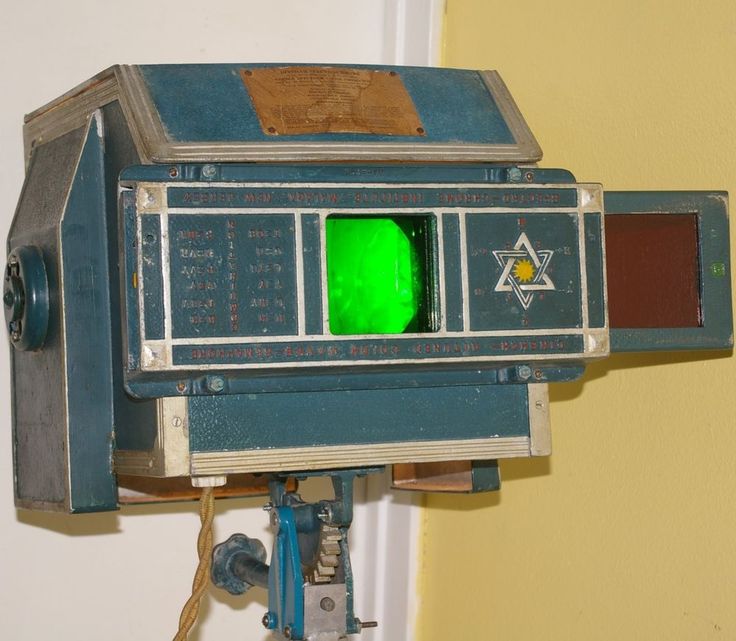 The diagram at the beginning of this article depicts an in situ implementation of this unifying principle. The numbered colour gels may be obtained from theatrical lighting suppliers. Recommendations are based upon comparison with tinted glass slides from the original Spectrochrome lamp shown above. This system was devised by Dinshah Ghadiali in the early 1930’s. His instructional publications are still available from the Dhinshah Health Society. To streamline operations, we utilise only the seven rainbow colours from his palette of twelve, and favour a generic correlation rather than therapeutic.

The most appropriate one to apply in any given instance can be determined through a simple psychological questionaire, or by dowsing the chart provided in the Image Gallery. This is then used as the “key” for addition of the sensory correspondences described below. 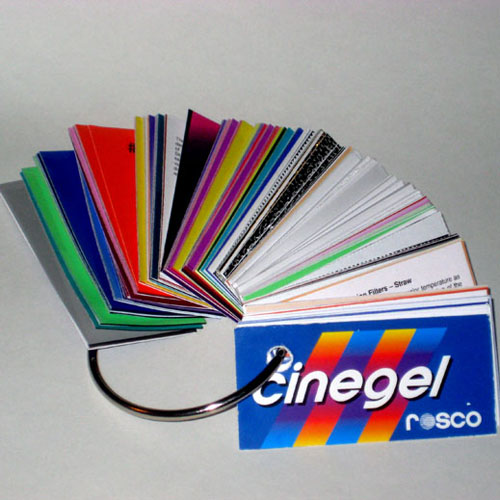 The entirety of skin is known to respond to colour, and therefore a translucent white gown is typically worn. The occupied space should exclude external sources of light and free of background noise. After each session, its intended effect can be sustained through similarly coloured food, clothing, spectacles and solarised water. As a further level of influence, colour-encoded stages of spiritual progression are integral to many esoteric teachings. A notable examples is the seven chakras of Hinduism, psychic centers within the body to be awakened through visualisation and anatomically resonant “seed syllables”.

For more localised effects, coloured gel can be positioned over the lens of a small incandescent flashlight. Sometimes a clear quartz crystal is inserted over front to simultaneously apply pressure to a specific point. If done under spread lighting, a complimentary colour may be selected (e.g. orange for blue) to selectively move energy around the body. 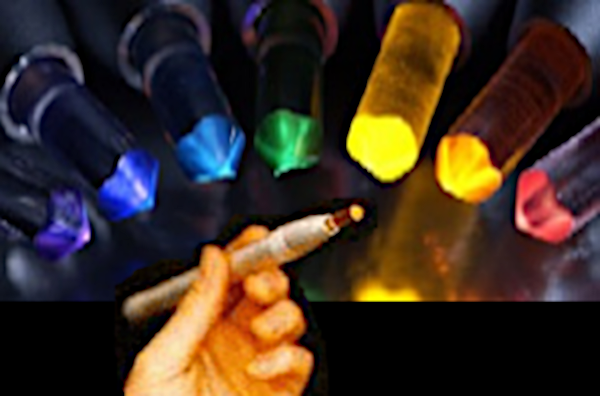 An efficient wide area light source is the Par 38 theatrical “can” with built-in filter holder. In our preferred setup, these are connected one to each channel of a “colour organ”, available in kit form for under $100. As a version with mains voltage output is required to power the lamps, assembly should only be performed by a qualified professional. The effect is to filter the musics tempo according to three discrete frequency bands, thereby providing a visual scintillation that is far more engaging than steady light. Selection of a musical piece is based upon an interpretive correlation between its conveyed mood and the colour of influence. Below are suggestions from prior experience.

For full body immersion, the music should be played through facing floor speakers rather than headphones. An audio frequency harmonic of the chosen colour is mixed in with the track. Two derivations, mathematic and subjective, are listed in the diagram at the beginning of this article. This can be introduced live or prerecorded from a function generator, online tone generator or a keyboard synthesiser. The latter provides the ability to apply timbre for targeted visceral resonance. Impulse speakers can also be mounted under the table to add a synchronous massage-like vibration. One noted alternative practitioner also fitted DC powered, magnetic coils. These could be reversed in polarity to complement the stimulating or sedative effect of the applied colour. 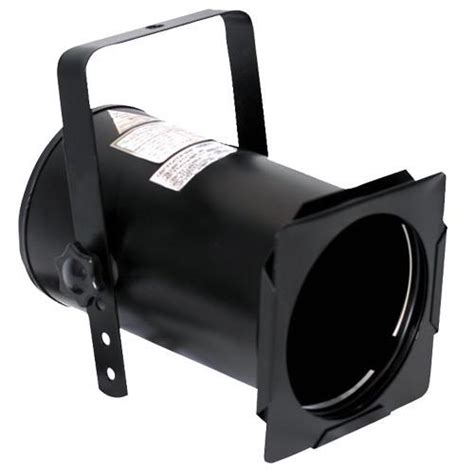 Par 38 theatrical light can. Use incandescent lamps only for the present system. 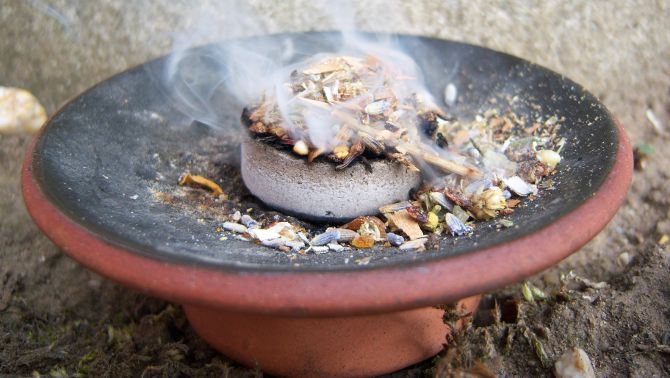 The senses of smell, taste and touch represent primal inroads into the mind. As such, they evoke spontaneous feelings that may be correlated with those of colour. These range from the arousal of red to the dreamy, introspective quality of violet. Aromas are best applied as natural herbs, resin or essential oil, smoldered upon self-igniting charcoal blocks. In addition to creating an evocative atmosphere, the chromatic vibration is transferred to the smoke and absorbed with each in-breath. Ensure the room is adequately ventilated as psychotropic turpines, long a feature of religious ceremonies, may be produced.

Although this website does not deal with therapeutic applications, Dinshah’s chart above suggests a predictable influence of coloured light upon human physiology. Controlled sensory environments can also be applied to help focus counseling sessions, massage and other hands-on modalities. For a balanced overview of this discipline in all its incarnations, refer to the book “Color Therapy – Healing with Color” by Dr. Reuben Amber.